Weathering the Storms of 20/21

The OTC GreenLight system is used for testing numerous offshore well control equipment and related downhole safety systems common to drilling and completing oil and gas wells offshore and on land. OTC GreenLight is the technology leader, delivering the highest standard in pressure testing. It features software that allows maximum efficiency for our clients and their operations.

Each test can be assigned specific criteria for the components being tested. The Big Bertha system is typically the same size as our standard single test system. This makes it easy to transport to location and unobtrusive on the worksite, where space is already limited. The OTC team can set up spooling units and other testing equipment without being in the way of operations.

Livesay added, “The benefit of the Big Bertha system becomes apparent during completions stage testing when control lines and downhole tools are tested concurrently. Traditionally, it has only been possible to test one component at a time. With each test lasting in the region of 30 minutes to an hour, four tests would require approximately four hours to complete. With Big Bertha, these four tests can be executed simultaneously, condensing these four hours down to one hour and significantly decreasing the amount of time it takes to test and run the completion.”

Table 1 illustrates Key Performance Indicators (KPI) for time saved during a deepwater completions project. This completion was a basic single-zone completion. Of the 48 total tests performed, eight could be performed simultaneously with another test (instead of eight tests run one-at-a-time, eight tests were run as four pairs). Put another way, those eight tests were performed in parallel with each other, reducing the time needed to perform those eight tests by a factor of 2. Overlapping tests means that the total time savings during a test series comes from a.) GreenLight’s predictive technology, as well as b.) additional time savings that result from running tests simultaneously. Estimates of both time savings are reported in Tables 1 and 2.

Table 2 illustrates KPI for time saved during a dual-zone smart well deepwater completions project. Livesay explained, “The completion denoted in Table 2 was more complex than the single zone completion shown in Table 1. Nineteen tests were coupled together where operations were permitted in groups of four, three, or two simultaneously. As is evidenced, the total time savings delivered with the Big Bertha system, particularly for dual-zone smart well completions, is significant.”

To date, the Big Bertha multi-test system approach is a unique offering in the industry, expanding GreenLight’s technological capabilities. To find out more about how the system can benefit your operations and save you time and money on the job site, contact us today at 985-727-7400.

OTC maintains offices in Covington, La., Houston and recently began operations in Mexico City, Mexico. OTC is ISO 9001:2015 certified and can be found on the web at www.otcompliance.com 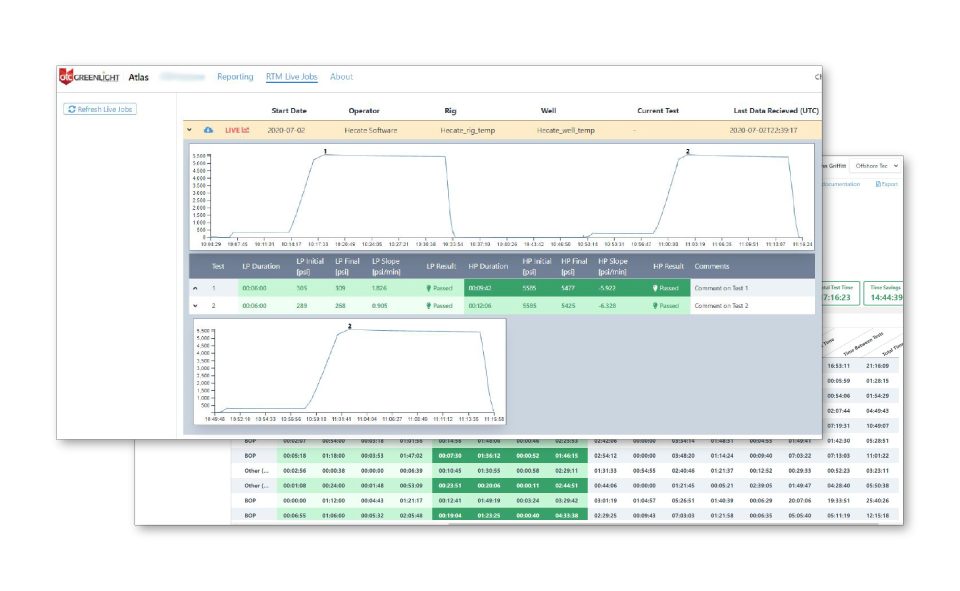